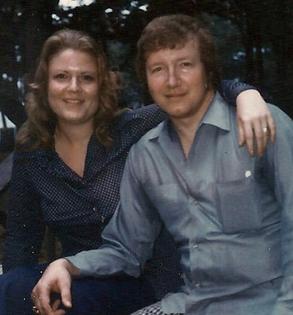 A fierce animal advocate, author Rebecca Heishman descended from two of Indiana’s earliest pioneer families where she grew up on an historic pioneer farm in Corydon, Indiana. The family home was built of logs harvested from the land and hewn by her father’s family; the deed to the farm written on sheepskin parchment and hand-signed by John Quincy Adams. She still lives with a sense of that history and honors the work ethic which was the hallmark of her family.

“I was a quiet, introspective little girl with a great love for nature and the outdoors. My years as a teenager were spent studying hard. My card from the local library in town was well-worn and much-loved. My father signed up for every book club and record club in existence, and my book choices were never censored. Our home was filled with music and I was allowed to appreciate art and free expression. My parents allowed my imagination to soar and my mind to be open to the world. My first dog as a young child was a beagle-mix named Rusty who bonded with me immediately. He had the huge brown eyes of the beagle breed and his ears were long, soft and floppy. He was gentle and sweet and he loved me unconditionally.  Rusty was one of the many stray dogs my parents rescued from the country roads of southern Indiana. Rusty and I were never apart and it was a great love affair. Not only did his life teach me the beauty of unconditional love, his brutal death taught me that all people were not kind. There was a farmer in our neighborhood who had a mean streak and Rusty had a habit of chasing tractors when farmers rumbled by our house hauling hay or pulling plows or combines. One afternoon my mother, brother and I were standing on our front porch when the mean farmer came speeding down the hill on his huge red Farmall, pulling a plow. When the noisy farming     equipment was right in front of us, Rusty took off on his fast little beagle legs. Mom was helpless to stop him. He ran into the road and got very close to the huge back wheel of the big red Farmall, chasing, barking and baying, beagle-style. We watched in horror as the farmer intentionally swerved that wheel in Rusty’s direction, striking him. Rusty rolled and tumbled on the asphalt and his body spun under the blades of the plow. The farmer drove on with a parting, menacing look in our direction. Rusty was able to stumble to the side of the road, where he died, cut and bloodied in the grass. My mother took my brother’s Western Flyer red wagon, pulled it to Rusty’s body with her two weeping children walking along beside her, gently lifted Rusty’s body into the wagon and pulled it home. She never told Dad the details of Rusty’s death. She was afraid Dad would kill the farmer. That was my earliest memory of animal cruelty. It was one of the many life lessons I have learned from my many years of loving animals.”

Rebecca, or “Becky” as friends and acquaintances know her, studied creative writing at Indiana University Southeast and at the University of Louisville. In 1986, she was one of three winners of the Kentuckiana Metroversity Creative Writing Competition in the Poetry Division—over 600 poems were submitted by creative writing students of all levels. In 2002, Becky was stricken with multiple sclerosis and was faced with new challenges and an overwhelming feeling of depression that left her feeling hopeless. Life as she had known it was over. What she didn’t expect was to have her life saved by the love, devotion, and trust that she saw in the eyes of her dog.

Rebecca Heishman resides in the small town of New Albany, Indiana with her husband William and their two adorable pooches Millie and Luna. Married since 1975, Becky and William used to enjoy traveling the United States and Canada in search of scenic train rides, particularly the old steam engines. They also have a great love of National Parks and have traveled to many of them. The Heishmans are diehard fans of all divisions of motorsports. William is a 72-year-old athlete who bikes and walks every day and his adoring wife Becky says, “If you ever pass through New Albany, Indiana, you might see a tall, silver-haired fellow on a fancy multi-speed bicycle. That would be William. He is a big fan of professional cycling and follows the Tour de France. William and I are young at heart. People sometimes ask us how we’ve made it work all these years. We can only speak for ourselves. We hold on to one other for dear life and we don’t let go. Mature love is a soft and warm glowing ember that never grows cold. We love our home. We love our life. We love one another. We are not special. We are simple people living a simple life by choice. And we wouldn’t have it any other way.”